Wear SH-LYD, move like a world champion on court


The SH-LYD is a shoe specially designed for popular Korea player Lee Yong Dae and bears his name; and this is also the first time a Victor shoe has been named after a player. Designed was carried out by the VICTOR designed team with reference to Lee’s functional requirements, preferences and playing style, and the product of their efforts is the premium signed SH-LYD, a badminton shoe that is light and has a high level of stability. 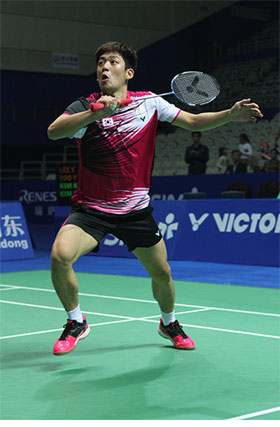 After a number of discussions with Lee Yong Dae, the VICTOR design team decided to make the SH-LYD a shoe that emphasized “lightness” and “stability”, the main reason being that Lee is a player who is very sensitive about shoe weight; so, to give him a shoe that he would feel comfortable wearing, making the shoe light was an important objective; reduced burden on the feet was also required.

Also, Lee has always been renowned for the rapid speed he changes tactics and his superb shuttlecock distribution skills (Note 1). Due to the fact that he is a tactical player adept at “arranging,” on court he moves horizontally much more than most players. Taking this characteristic into account, the design team realized that Lee needed a shoe that will maintain excellent stability when he is moving quickly. The SH-LYD was thus designed with an emphasis on light weight and excellent stability.

Note : Shuttlecock distribution means the positioning of the shuttlecock around the court, that is, in accordance with the situation, making a judgment and then hitting the shuttlecock to the position on court that will make it most difficult for the opponent to return.

The SH-LYD reduces weight by using a one piece upper, at the same time reducing the feeling of pressure on the foot when it bends caused by layers of synthetic material, in doing so increasing the feeling of lightness. Excellent foot stability is achieved by TPU panels on the outside of the front sole and at the heel.

Apart from having excellent lightness feel and stability, the SH-LYD’s insole and sole also features Victor’s newly-developed ENERGYMAX3.0 material, taking bounce and shock reduction to a new level. Wearing the SH-LYD on court, the instant bounce as you move quickly around the court and excellent shock absorption effect when you land after jumping will be clearly evident. 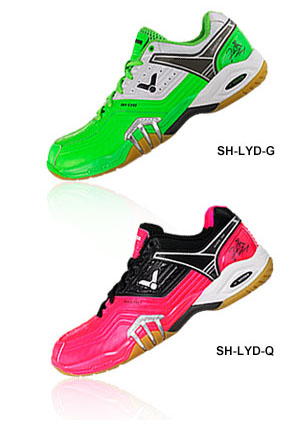 The SH-LYD’s design can be characterized by the words “simple” and “flowing lines”; the colors are currently-popular fluorescent green and fuchsia, colors that reflect the handsomeness and vitality of Lee Yong Dae himself.

Wearing these bold colored fashionable shoes you will attract everyone’s gaze on court just like Lee Yong Dae does!

After trying on the SH-LYD, Lee gave a thumbs-up to the shoe’s functionality and also gave very high marks to the lightness of the shoe. When he tried out the shoes on court he immediately exclaimed “Wow, I feel lighter and faster already.” He also likes the appearance and color of the shoe and revealed privately that he actually prefers the fuchsia out of the two colors. 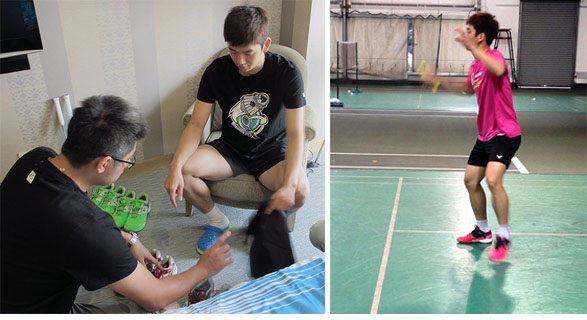 The VICTOR design team discussed the functions and design of the SH-LYD with Lee Yong Dae face to face.

During the SH-LYD design process, not only were strict physical property tests carried out, national team level players were enlisted for actual on court tests, and this is why the SH-LYD is flawless in terms of functionality and quality.

Wearing the SH-LYD will not only make players feel closer to the star they admire, it will also give everyone a chance to move like this world champion on court.

Thing you have to know about STRETCHING

Simple stretching exercises that are refreshing and healthy-working people